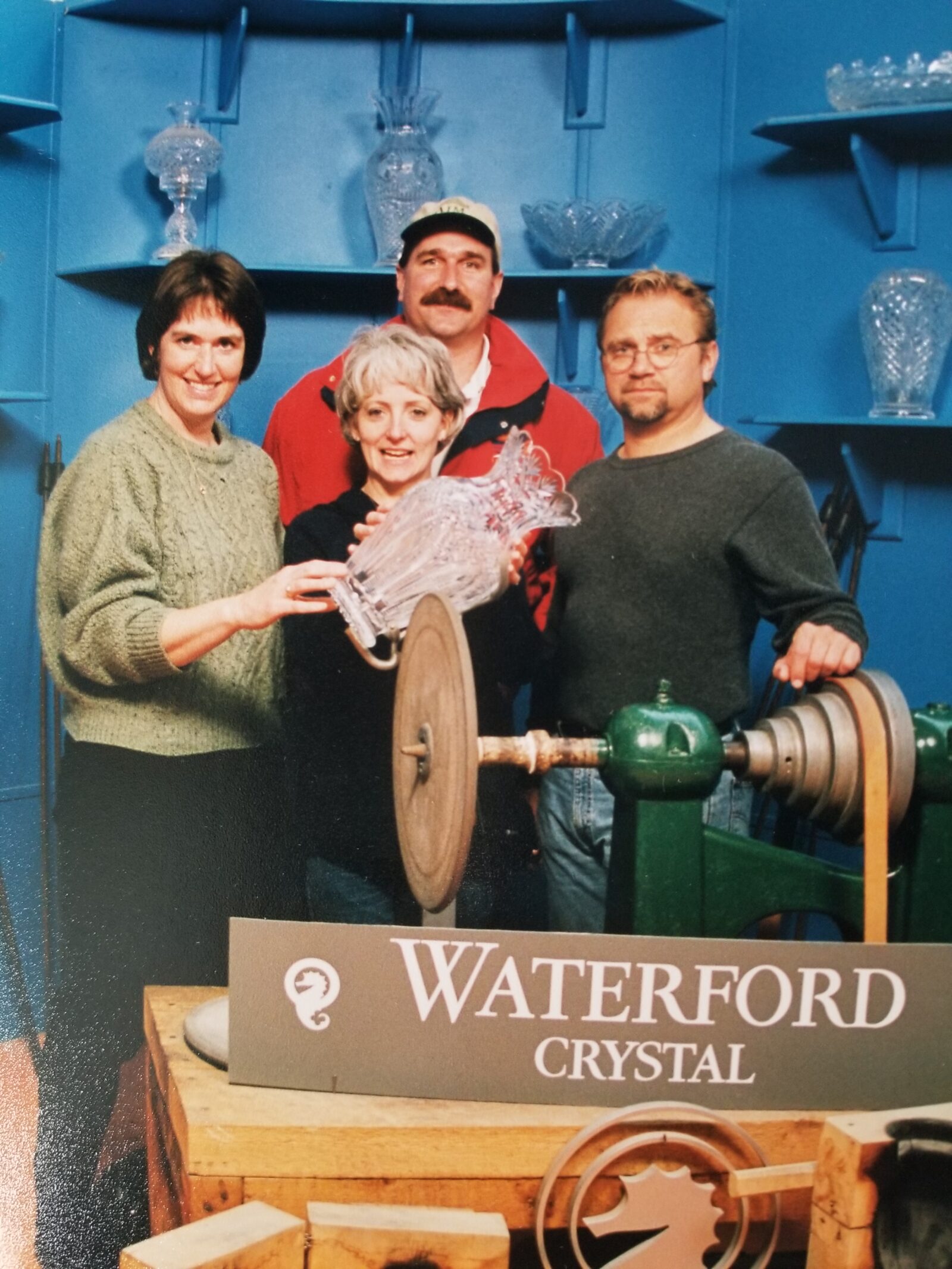 I can’t really claim the Luck of the Irish, but I am a lucky girl! Lucky to have a brother in-law who used to manage Irish inns, here and in Ireland. Lucky enough to stay at that Irish Inn in Ireland. Keith, his wife Sandy, Ken Cooper, and my mother and father- in- law were also on that trip. The Emerald Isle really is as beautiful as they say. The people as poetic and friendly, too.

We spent time in Dublin, saw several glass factories, and the Guinness brewery. Plus some quality time at Sean’s, Ireland’s oldest pub. We spent a crazy day driving the countryside and having dinner at an Italian restaurant in Cork It is owned and run by a French family. To this day it is the only Italian place I have been offered a side of potatoes with my lasagna! No, really! Potato dishes were offered at every meal, and lots of pork. I was confused by that. There are a bazillion sheep everywhere you look but I never saw a pig.

And of course Guinness! One afternoon the bartender was almost ready to pull me a Guinness when I said “I can’t”. We were going out for dinner and if I had that Guinness I wouldn’t be hungry! The bartender suggest a cider. I asked what that was like, and in true poetic fashion he replied: ” Ach, It’s like an angel’s tear on your tongue” He was right.

We went to a shopping mall in Athlone where one of the “anchor” shores was a grocery store. They had a whole aisle devoted to butter. This Wisconsin girl was impressed. And some of the names were delightful like: “Udderly Butterly”.

There are so many beautiful places there I would like to go again. Perhaps here. Or stay in one of these castles. And La Crosse has a sister city of Bantry. Take part in the Coulee Hoolie Ceili virtually this year!

Here’s hoping you have a good share of Irish Luck, and all your ciders taste like an Angel’s tear on your tongue!